Sleep disorders can have a profound and debilitating effect on your everyday life. The symptoms and effects of these disorders are discussed on the Sleep Disorders page of this website. If you have sleep problems, consult with your family doctor, who can refer you for a sleep study at our sleep clinic. The sleep study will diagnose definitively your problem and form the basis for a personal treatment plan. As the examples below show, the results can be truly liberating.

Mr. AB is 45 years of age and has been diabetic, hypertensive and obese for the past 5 years. He came in complaining of daytime fatigue and sleepiness, which has almost resulted in a motor vehicle accident where he had lost total alertness for a brief period last summer. His blood pressures were becoming poorly controlled and his daytime fatigue and sleepiness resulted in his dismissal from his occupation as a computer operator. He was then diagnosed with depression. His sleep study showed he had 364 apneas in his sleep (60 per hour) of which the longest was 52 seconds in duration and his oxygen saturation had dropped to 71%. He was treated with a CPAP device and within one week his sleep became more restorative. His alertness improved and he no longer suffers from daytime fatigue and sleepiness. His blood pressure stabilized and some of his medications were reduced. He became more energetic and active and began losing weight and socializing more frequently. His relationship with his family members improved dramatically. He began to participate more in physical activities and improving his lifestyle and slowly his medications for his diabetes were withdrawn.

Ms. CD is a 48 year old female who has had depression for the past three years since she had become menopausal. She was placed on anti-depressants (SSRI’s), which lessened her sleep and resulted in daytime fatigue and sleepiness. Her sleep study, which was performed to assess her sleep quality, daytime fatigue and sleepiness, showed severe periodic leg movements resulting in fragmentation of her sleep. This was attributed to her anti-depressant medication, which was then changed to a different type of anti-depressant. Her sleep improved tremendously and she no longer had daytime fatigue and sleepiness. Her depression improved and her only symptoms that were not improved were those directly related to menopause. She chose alternative remedies for these.

Mr. EF is a 69 year old patient with Parkinson’s disease and is having difficulty in falling asleep and staying asleep. He also has restlessness of his legs and has been told of kicking in his sleep. His past history includes a herniated lumbar disc. An overnight sleep study showed he had a severe periodic leg movement disorder and restless leg syndrome as a result of his lumbar discs pinching on his nerves to the leg. In view of his poor health, surgery was not contemplated and his symptoms improved with medications for the leg movements and for the Parkinson’s. His sleep is much improved and he has no difficulty in falling asleep any longer. He awakens refreshed and functional most of the day.

Mr. GH is a 9 year old child who was diagnosed with attention deficit and hyperactivity disorder as a result of his poor performance in school disruptive behaviour, which developed over one year. He had no illnesses prior to this except for recurrent tonsillar infections and his parents complained of his excessive snoring at night. He was referred to the sleep laboratory for bed-wetting. After an overnight sleep study, it was found that he had obstructive sleep apnea as a result of enlarged tonsils and he had a very fragmented sleep with numerous awakenings. A referral to ear, nose, and throat surgeon for tonsillectomy was made. Within two weeks of his tonsillectomy the child stopped his hyperactivity behaviour and was no longer tired, sleepy and lazy at school. His appetite improved, as did his sleep and his medications for his ADHD was withdrawn.

Mr. IJ is an 18 year old young man who is now a first year Arts student majoring in philosophy. About three years ago, his school performance and attendance declined and he began to delve in the use of illicit drugs. He was diagnosed with depression and ADHD and treated without much success. He slept all day and was considered lazy and his future became hopeless. He was referred by a neurologist for assessment of his daytime sleepiness. His mother reported that he snored and had apneas (breath holding spells) in his sleep. Since his diagnosis and treatment he has been on therapy with a CPAP device and has now successfully graduated from school. He has gradually become socially more acceptable and his daytime fatigue has disappeared. He is able to maintain attention at school at all times. 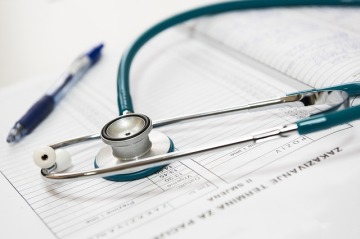