Apnea
Cessation of oro-nasal airflow for 10 seconds or more during any sleep stage.

Apnea-Hypopnea Index
Number of apneic events per hour of sleep.

Arousal
Abrupt change of EEG frequency for at least 3 seconds occurring in any sleep stage.

Awakening
More than 15 seconds of wakefulness during any epoch of sleep stage.

Baseline
Typical or normal state of an investigative variable before experimental manipulation.

Conditioned Insomnia
Type of psychophysiological insomnia produced by the development, during an earlier experience of sleeplessness.

Cycle
Rhythmic fluctuation of one maximum or minimum to the next.

Deep or Delta Sleep
Common term for stage 3 and 4 sleep.

Delta Activity
EEG wave of .5 to 2 cycles per second, .5 second in duration and greater than 75 microvolt amplitude.

Diurnal
Pertaining to the daytime.

Dyssomnia
A primary disorder of initiating and maintaining sleep or of excessive sleepiness.

Entrainment
Synchronization of a biological rhythm by a forcing stimulus such as environmental time cue.

Epoch
A measure of duration of sleep recording that is typically of 20 or 30 seconds duration.

Extrinsic Sleep Disorders
Sleep disorders either originates, develops or arises from outside of the body.

Final Awakening
Amount of wakefulness that occurs after the final wake-up time until lights on.

Hypnogogic Hallucination
Occurrence of hallucination during transition from wakefulness to sleep or sleep onset.

Hypnopompic Hallucination
Occurrence of hallucination during transition from sleep to wakefulness or sleep offset.

Hypopnea
Referred to 50% reduction of oro-nasal airflow for 10 seconds or more during sleep, usually associated with an arousal and/or oxygen desaturation.

K-Alpha
A K-complex followed by several seconds of alpha rhythm; a type of micro arousal.

Microsleep
An episode lasting up to 10 seconds during which external stimuli are not perceived.

Myoclonus
Muscle contractions in the form of abrupt jerks or twitches.

Pickwickian
A term applies to an individual who snores and had alveolar hypoventilation syndrome.

Quite Sleep
Term used to describe NREM sleep in in infants.

Sleep Architecture
NREM-REM sleep stages and cycles forming the infrastructure of sleep, often plotted in the form of histogram.

Sleep Diary
A daily written record or log of a person’s sleep-wake pattern.

Sleep Latency
Duration of time from lights off to sleep onset.

Sleep Onset
Transition from wakefulness to sleep after lights off.

Sleep Paralysis
Immobilty of body at sleep offset as a manifestation of REM sleep in narcoleptic patients.

Sleep Spindle
Spindle shaped EEG bursts of 12 to 14 cycles per second lasting .5 to 1.5 seconds and of 50 microvolt amplitude.

Theta Activity
EEG wave of 3 to 7 cycles per second seen in stage-1 and REM sleep.

Total Sleep Time
Amount of MREM and REM sleep between lights off and lights on. 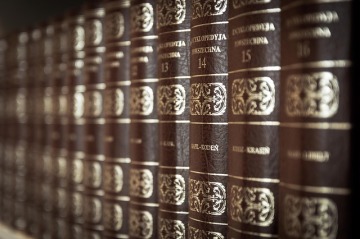